2. On Monday, some 55 Palestinian, Arab and international groups – including Ramallah-based al-Haq, the US Campaign for Palestinian Rights and the Palestine Institute for Public Diplomacy – sent an open letter to PayPal President and CEO Daniel H Schulman.

3. It offers its services to all Israelis, including those living in illegal settlements in the occupied West Bank, in and around Palestinian villages and towns – but not to the five million Palestinians living in the West Bank and Gaza 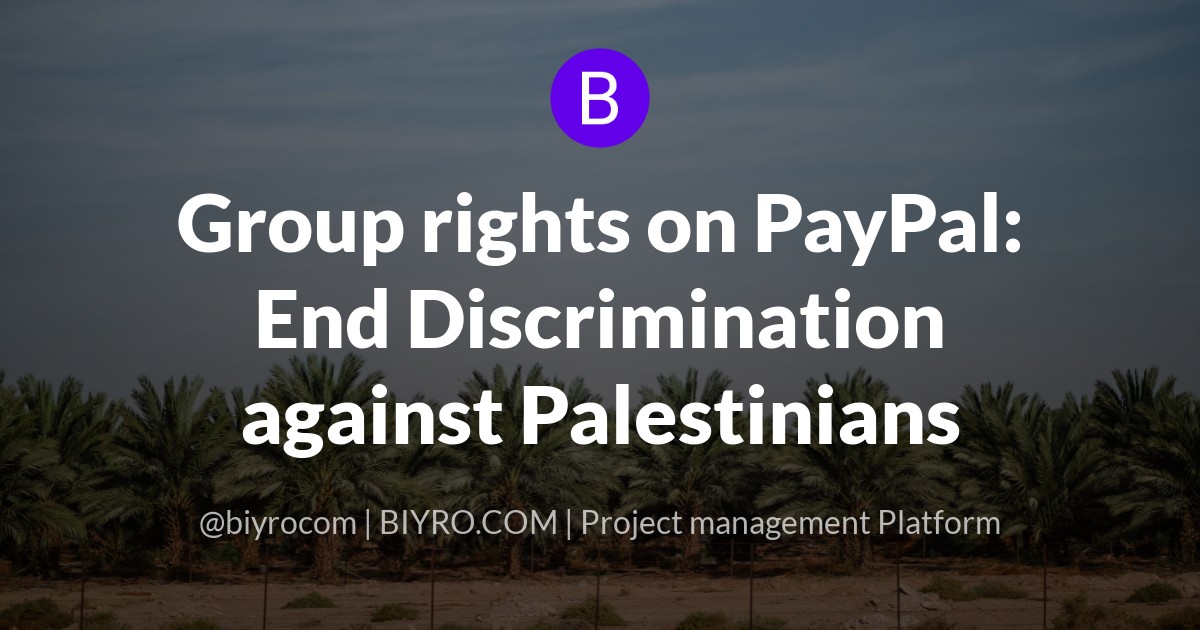